cancel confirm NSFW Votes: (0 votes)
Are you the publisher? Claim or contact us about this channel.
0
Showing article 43 of 174 in channel 58055042
Channel Details:
Viewing all articles
Browse latest Browse all 174
0
0

This workout comes to you from Daily Burn 365 trainer Cheri Paige Fogleman. For more new, no-equipment workouts every day, head to DailyBurn.com/365.

Did you know that Teddy Roosevelt boxed? Or, that George W. Bush ran marathons? It appears that just like us, U.S. presidents often turn to exercise to work up a healthy sweat and maybe even kick stress to the curb. So this year, we decided to dedicate a Presidents Day Workout to the commanders-in-chief who knew how to throw a punch, swing a bat, bowl strikes and more.

To help you sweat just like a leaders of the free world, Daily Burn 365 trainer Cheri Paige Fogleman has dreamed up two circuits that honor our most athletic presidents to date. But first, spend three minutes jogging in place to wake up your muscles (or try this longer dynamic warm-up), and then hop to it. Your presidential mission: Two circuits, 20 minutes start-to-finish.

Circuit I:
Perform each exercise for 44 seconds (one second for each of the 44 presidents!), then rest for 15 seconds between moves. Complete two rounds.

2. BBall Free Throw Squat (Barack Obama)
President Obama’s got game when it comes to basketball. Squat down and pretend to shoot a free throw as you stand up. Feeling good? Jump as you stand up and “shoot.”

3. Fast Feet (George W. Bush)
Did you know the “Dubya” once ran a marathon in less than four hours? Get speedy by sprinting in place.

4. Bowling Front Lunge (Richard Nixon)
Strike! President Richard Nixon loved bowling so much that he installed an alley in the White House. Lunge forward and pretend to bowl a ball with the arm opposite your front foot. Alternate.

5. Baseball Bat Chop (Jimmy Carter)
Navy veteran President Jimmy Carter swung for the fences in high school. Pretend you are holding a bat and lift your arms above your head, then perform a diagonal chop to engage your oblique muscles.

Circuit II:
Perform each exercise for 44 seconds (a second for every president), then rest for 15 seconds between moves. Complete two rounds.

1. Kneeling Swimming Strokes (Ronald Reagan)
President Reagan saved 77 lives when he worked as a lifeguard! Kneel down on the floor, and circle your arms back to front, like you’re swimming freestyle. Alternate sides.

2. Jiu-Jitsu Hips (Teddy Roosevelt)
Training with Japanese jiu-jitsu helped keep President Roosevelt sharp while he served his term. Make like Teddy and lay on the floor with arms extended to the side and your knees just slightly bent. Cross your right leg over the left thigh, digging your right heel into the ground and letting your right hip come off the ground. Now put pressure on your right heel and lift your bottom slightly off the floor, sliding your left leg out from underneath your right and preparing to twist your hips to the other side. Next, repeat on the other side by crossing your left leg over the right.

Want more quick and easy workouts you can do at home? Click here to get Daily Burn 365, free for 30 days.

Note to reader: The content in this article relates to the core service offered by Daily Burn. In the interest of editorial disclosure and integrity, the reader should know that this site is owned and operated by Daily Burn. 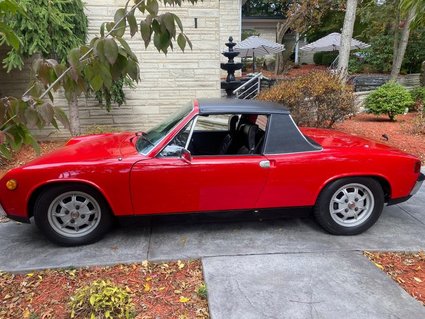 Child Kidnapping: Amy McNeil was kidnapped on her way to school by 5 adults;...

Who was Victor Wayne Harris on 'Seinfeld' ? #whispers #harris #worker...

Man who was driving truck woman jumped from in 2015 has two OPs filed against...